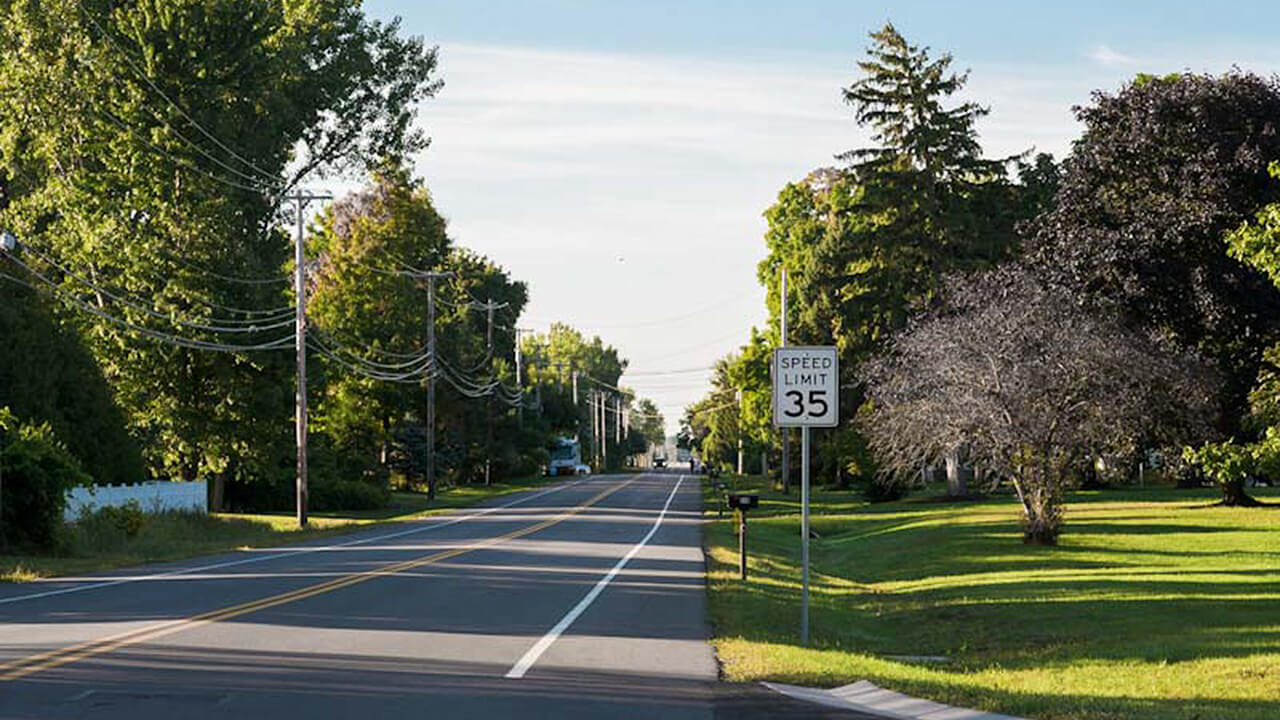 Lu Engineers provided final design for the improvements to Phillips Road between Schlegel Road and Lake Road. The project was initiated by Monroe County DOT due to the  poor pavement condition and extensive shoulder deterioration. The project objectives were to: extend the service life of the pavement structure; improve the surface and  subsurface drainage; and correct safety deficiencies, including inadequate shoulder widths.

Lu Engineers performed a detailed pavement evaluation during the preliminary engineering phase which included pavement cores. This evaluation showed that the pavement on Phillips Road had limited surface distress within the travel lanes, generally in the form of edge cracking. The most significant pavement distress was located in the shoulders. This was most likely due to the construction of shoulders without a properly prepared subgrade, adequate subbase or pavement thickness and subsurface drainage. Because the subgrade was saturated throughout the project limits the roadway is deficient in providing proper drainage and frost protection. The overall lower level of riding comfort due to pavement deformation, especially observed by the County through the winter, was attributed to frost heave cycles because of the very poor subsurface drainage characteristics of the pavement section.

A full-depth pavement reconstruction alternative was evaluated with three pavement rehabilitation alternatives: Cold Milling with Two-Course HMA Overlay; Hot In-Place Recycle (HIPR) with Single-Course HMA Overlay; and Cold In-Place Recycle (CIPR) with Single-Course HMA Overlay. The reconstruction alternative was recommended because of the ability to more comprehensively address the very poor subsurface drainage characteristics of the roadway subbase and subgrade soils which provides a pavement structure with a more predictable long term performance and ride ability through the winter and spring seasons. Six drainage areas were evaluated during preliminary engineering.

A combination of open channels and closed pipes are utilized to convey storm water throughout the project corridor. Stormwater management requirements are met with the use of dry swales and vegetated swales within the road right-of-way. Environmental screenings were also performed and documented in the design report which was presented to the public at an informational meeting.