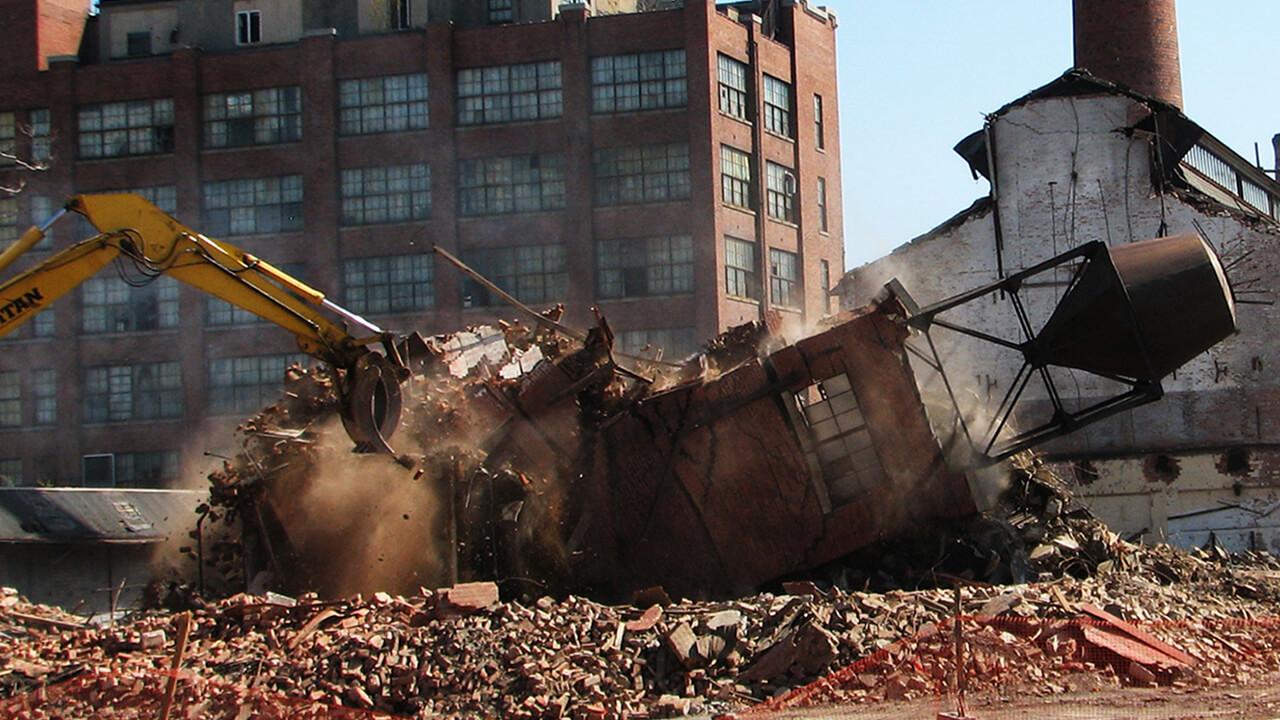 The seven story high rise building at 415 Orchard Street was vacant for years and time and the elements caused deterioration to a point where the City had concerns for public safety. Homeless people and scrappers damaged the interior finishes of the building with fi res and scrapping of metal and other items of value. The entire third floor of the buildings contents burned in the one of the buildings fires leaving only charred remains. The building was well-built with a concrete, brick and steel structure that has withstood the elements.

Lu Engineers was asked to complete an asbestos survey of the vacant seven story building at 415 Orchard Street initially in 2006. The asbestos survey identified many different types of asbestos containing materials within the building including flooring, ceilings, roofing, window caulks and glazings. After the third floor fire, the City decided to demolish the building in an effort to eliminate potential hazards. Asbestos Regulations had changed since the initial survey in 2006 and additional sampling and different types of analysis for some of the materials were necessary. Lu Engineers prepared and update survey in 2011.

After the completion of the survey, abatement and demolition plans were prepared along with a New York State Department of Labor (NYSDOL) Site Specific Variance. The variance was necessary because the interior of the building was contaminated with asbestos because of the condition of the materials inside. The City is always looking for fill material when they need to demolish residential homes, so it was decided that the concrete and brick material from the building would be crushed to 3” minus and stockpiled on site. This provided the City with future fill material for residential projects but also for the Orchard Whitney site depending on what is done with on-site tunnels. Lu Engineers was asked to prepare bid packages for two contracts, one for abatement, the other demolition.

This project had two successful bidders and the abatement project began in June 2014. Lu Engineers provided asbestos air and project monitoring services throughout the abatement work which took approximately 3 1/2 months to complete. The building was fully abated and ready for demolition in October 2014. Demolition began immediately following and Lu Engineers provided construction administration services throughout the demolition.