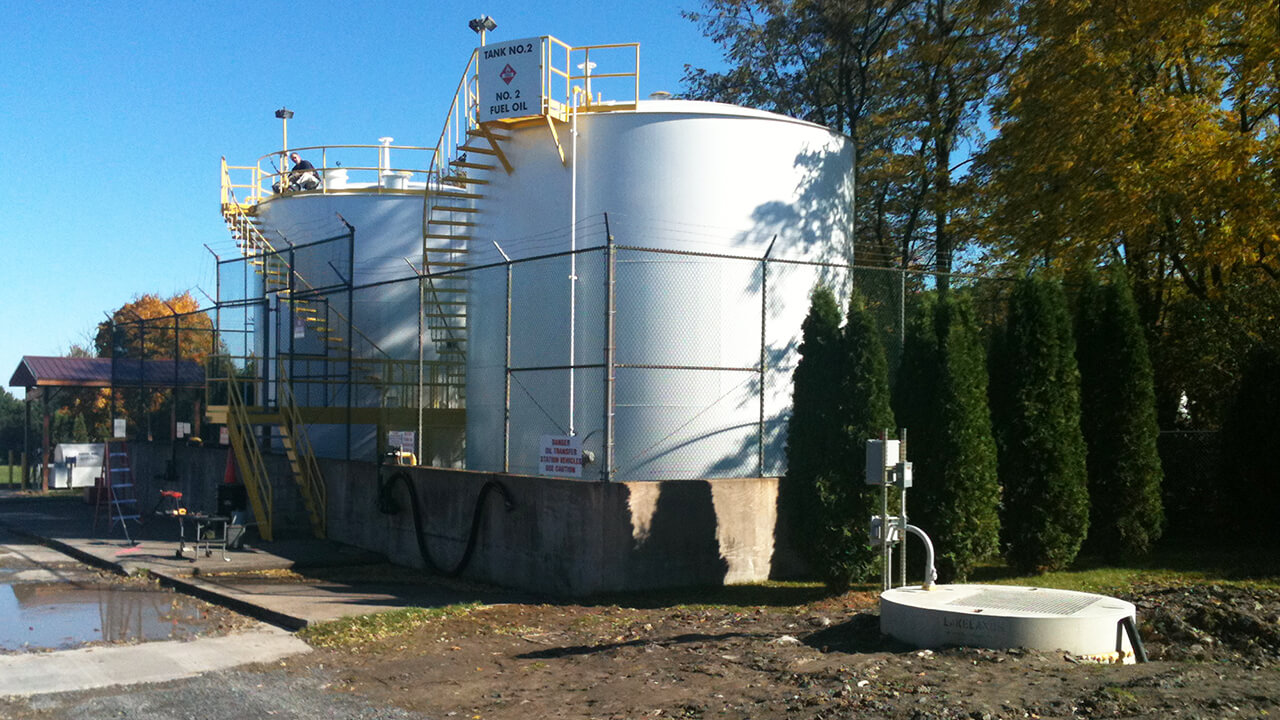 Lu Engineers inspected two tanks at the Canandaigua VA Medical Center as part of the VAMC’s 10-year tank inspection plan. There are two (2) 75,000 gallon welded steel tanks, both constructed in 1978. They are 23.50 feet in diameter and 23.25 feet tall. Prior to entry, VAMC Fire Department officials cleared the tank for safe entry. The tank was ventilated and continually tested during the inspection.

The vertical shell plates were visually inspected. Thickness readings of the steel plates were taken with ultrasonic examination equipment. All measurements taken by Lu Engineers’ staff were taken with either a Krautkramer Branson, Inc. Model #DM2E or DM-2 LED. Both meters were calibrated prior to use. Ultrasonic thickness readings were taken at various intervals along each shell course to determine an average thickness of the vertical shell plate within each course.

The floor plates were visually inspected. Ultrasonic thickness readings were taken of each of the floor plates on the top of the plates. The purpose of these readings is to determine if underside corrosion is taking place. The elevation of the tank foundation at various locations were determined with the use of a Stadia Level and level rod. Level used to verify plumbness of shell.

The roof and chime weld were visually inspected. Pit depth in the floor plates and vertical shell plates was measured with the use of a pit gauge. Digital photographs were taken of general tank features and of deficient tank elements.