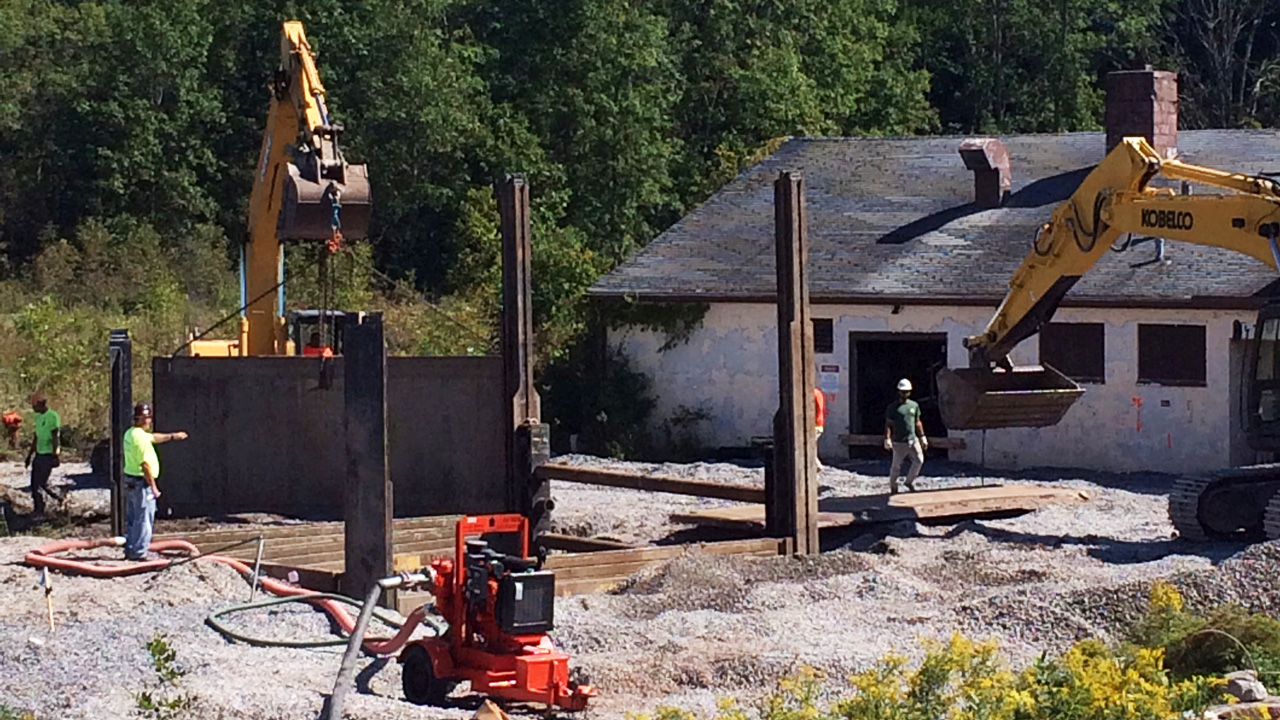 Lu Engineers, under direct contract with the USAF, has been investigating and remediating various portions of the NYSDEC listed Verona in active Hazardous Waste Site since 2000.

The United States Air Force conducted radar and related research and development at the Verona Research Facility for a 35-year period following World War II. The property includes over 500 acres of land developed with 27 buildings varying in size from small power houses to multi-story office and lab buildings up to 20,000 square feet. Operations on the property ceased by 1998 and the Site has been unoccupied since that time.

Lu Engineers, under direct contract with the USAF, has been investigating and remediating various portions of the NYSDEC listed Verona in active Hazardous Waste Site since 2000. During that time, we have remediated several soil and groundwater plumes including chlorinated solvents, PCBs, pesticides and motor fuel. We have remediated all occurrences of PCBs in electrical equipment and elsewhere and completed surveys, plans and specifications for asbestos abatement and demolition of the dilapidated structures on the property. We have also prepared bid documents and cost estimates to facilitate abatement and demolition. We are currently finishing the process of de-listing the Site with the NYSDEC and remediating the last of the hazardous building materials remaining. This work will facilitate transfer of the property by the USAF to the federal General Services Administration.

Lu Engineers developed our own modeling mapping for the areas of the Site surveyed by geophysical MIP and conventional methods using ArcGIS. The aerial extent and depth of buried wastes was mapped in three dimensions, which allowed targeted cleanup saving weeks of exploratory excavation. Three dimensional modeling of the most recalcitrant chlorinated solvent plume at the Site was provided by S2C2, Inc. and incorporated into our project GIS. Using a two step approach, the areas of the heaviest pesticide, chlorinated solvent and RCRA metals impacts were removed by evacuation. The presence of heavily impacted soils to a depth of 14 feet below grade, loose soils and extremely shallow (<1.5 ft below grade) groundwater necessitated the use of a slide rail system and pumping, temporary storage and on-site treatment and discharge of nearly 1 million gallons of groundwater over the course of the project. the entire property has been remediated to Part 375 unrestricted use criteria and all groundwater now meets NYS drinking water standards.